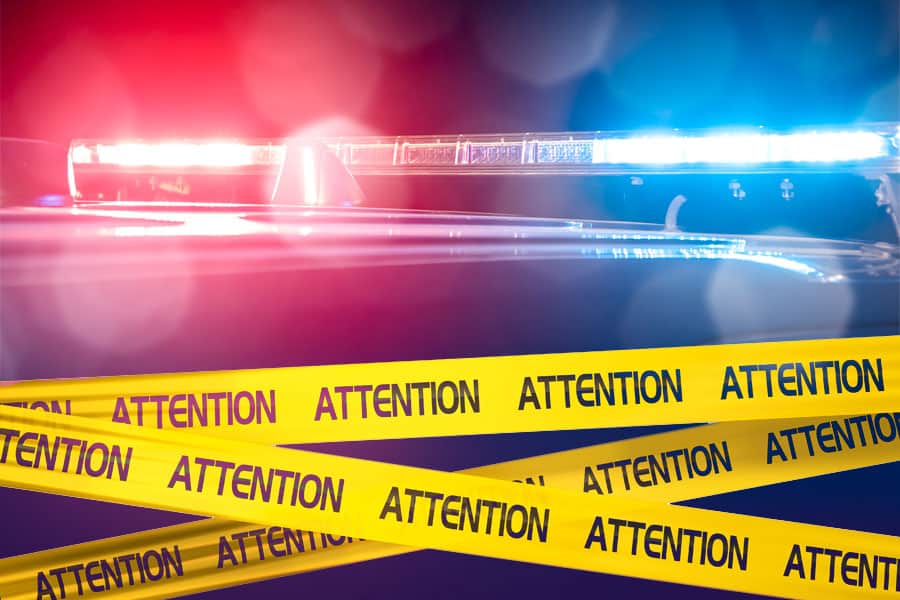 A probe into an alleged street race in Laguna Hills that killed a teenager and left another in critical condition focused Friday on who was actually driving the other car, officials said.

Arya Asgarynejad, 20, of Irvine, initially told investigators he was driving his father’s 2002 Mercedes-Benz CLK 55 about 8:30 p.m. Monday when a BMW driven by Parees Ghassemian struck a water main, flew into the air and flipped, killing the 18-year-old.

A 17-year-old Ladera Ranch girl in the BMW was critically injured and an 18-year-old girl in the BMW suffered serious injuries, according to Jim Amormino of the Orange County Sheriff’s Department.

Both cars were traveling at speeds of more than 80 mph before the crash occurred at Paseo de Valencia, he said.

Asgarynejad was arrested after the crash on suspicion of vehicular manslaughter and operating a vehicle with gross negligence. He is free on $100,000 bail.

Mohsen Modjtahedi, 20, of Irvine, was initially identified as a passenger in the Mercedes-Benz and was not arrested. Neither Asgarynejad nor Modjtahedi were hurt.

However, the Orange County Register reported that Modjtahedi told investigators Thursday that he was the driver, and that Asgarynejad offered to take the blame because Modjtahedi’s license had been suspended.

In an interview, Modjtahedi told the newspaper that Asgarynejad “said he was going to handle it because I was suspended. He offered to.”

Modjtahedi, an Orange Coast College student, said he was in shock after the accident and did not object, but he decided to tell the truth after thinking about the situation for two days.

He said he told Asgarynejad’s father and a sheriff’s investigator he was the real driver and also repeated the story to Farzin Noohi, the private investigator for attorney John Barnett, who represents Asgarynejad.

Barnett could not be reached for immediate comment, but he told the Register that he is confident the investigation will determine that his client was not the driver.

Citing court records, the Register reported that Modjtahedi received four traffic citations in 2005 for violations, including speeding and running a stop sign or red light, and that he did not appear in court to take care of any of those citations.

Earlier, Amormino said the group had eaten together and agreed to a race afterward.

A college student from Irvine who at first said he begged his friend to slow down moments before a fatal crash during an impromptu street race now says that he was behind the wheel.

He originally told police that he was a passenger in a Mercedes-Benz driven by Arya Asgarynejad when Parees Ghassemian challenged them to a race Monday in Laguna Hills.

Ghassemian, 18, of Laguna Niguel was killed when he lost control of his 2004 BMW and slammed into a wall. Two female passengers in Ghassemian’s car were injured, and Asgarynejad, 20, was arrested on suspicion of vehicular manslaughter.

But Thursday, Modjtahedi said he was in shock after the 8:30 p.m. crash and did not object when Asgarynejad offered to take the blame because Modjtahedi’s driver’s license is suspended.

“He said he was going to handle it because I was suspended,” Modjtahedi said. “He offered to.”

Modjtahedi’s driver’s license was temporarily revoked in April because he failed to appear in court to handle traffic citations issued in Orange and Los Angeles counties, a California Department of Motor Vehicles spokesperson said Thursday.

Court records in Orange County show that Modjtahedi got four traffic citations in 2005 for violations, including speeding and running a stop sign or red light.

The records show Modjtahedi did not appear in court to take care of any of those citations.

Jim Amormino, Orange County Sheriff’s Department spokesman, said Thursday that sheriff’s detectives are investigating Modjtahedi’s second story that he was driving the Mercedes during the race with Ghassemian.

“We definitely have conflicting statements,” Amormino said. “If we can substantiate that he was in fact the driver, then he will be arrested and charged.”

Amormino said that on the night of the race, Asgarynejad said he had been driving his father’s Mercedes-Benz when the two cars roared down La Paz Boulevard at speeds of more than 80 mph.

John Barnett, Asgarynejad’s attorney, said Thursday that he is confident that the sheriff’s investigation will prove that his client was not driving the Mercedes at the time of the crash. Barnett declined to let Asgarynejad be interviewed.

In his interview Thursday, Modjtahedi said he decided to tell the truth after thinking about the tragedy for two days.

The Orange Coast College student said he acknowledged that he was the driver Wednesday to a sheriff’s investigator; to Farzin Noohi, Barnett’s private investigator; and to Asgarynejad’s father.

In his first story to reporters on Tuesday, Modjtahedi said he was along for the ride when Ghassemian and Asgarynejad started talking about racing. He said that as they left an In-N-Out Burger fast-food restaurant, Ghassemian shouted: “Let’s go. Follow me. We’ll go somewhere to race where there’s no cops.”

He said Asgarynejad followed, and that within moments, the race was on.

Modjtahedi said that when speeds topped 80 mph as they approached Paseo de Valencia, he heard tires behind him.

“I checked the side mirror,” Modjtahedi said. “I saw the car flying and hit the water hydrant and then the wall.”

Everything is the same in his second story, Modjtahedi said Thursday, “except that I was driving. … I don’t know what to say, except it is just true.”

Courtesy of the Orange County Register